December 4-5: Toward Justice in Albany, NY

Katal's new website -- www.katalcenter.org -- has officially launched! Among the content on the site, you can find a summary of our work, an archive of our newsletters, and read about our approach. As we expand our work in Connecticut and New York to end mass incarceration and the drug war, we’re building new partnerships and pivoting to tackle new challenges. We will continue to update the website as our work develops.

To gear up for legislative advocacy in 2018, in the months ahead we're pulling together a series of events in both Connecticut and New York related to bail reform, ending mass incarceration, pre-arrest diversion, and more. We’re using a harm reduction approach to organize neighborhoods and communities around issues of public health and public safety. Our membership base is growing, and we're on the move.

Please consider supporting our work by making a tax deductible donation on our website. 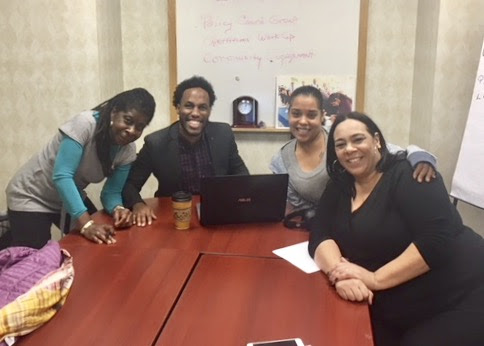 Since NYC Mayor de Blasio finally agreed to shutter the notorious jail facility on Rikers Island, we have turned our attention to the numerous city and state reforms necessary to transform the criminal justice system and redefine safety and justice in New York. This includes reducing pretrial detention populations by advancing bail reform and speedy trial reform in the state legislature.

Sean Hill, Katal's Senior Legal Fellow, visited Albany last Friday to present to the New York State Bar Association's Committee on Mandated Representation, where he received feedback from public defenders on bail reform and our efforts to reduce the use of pretrial detention. He also met with leadership from the Center for Law & Justice (pictured) to plan a public forum in Albany to discuss bail practices in New York State.

To get involved in our bail reform efforts, you can get in touch with Sean at [email protected].

December 4-5: Toward Justice in Albany, NY

At Katal, we continue our role as project director for the Law Enforcement Assisted Diversion (LEAD) program in Albany, NY. Thus far, over 75 people have been diverted from jail to trauma-informed services. If you haven’t seen it, check out our report on the first year anniversary of the Albany program. We're working with communities across CT and NY on the development of diversion programs that are rooted in harm reduction, community engagement, and racial equity.

This December 4-5, we're hosting a symposium in Albany about municipal strategies, like the LEAD program, to address mass incarceration and the opioid overdose crisis. City and county stakeholders from across CT and NY will be in attendance. Visit this site for details and registration.