Happy new year! This week, in response to pressure from community groups and advocates across the state, Governor Andrew Cuomo outlined a plan to reform a broken criminal justice system in New York, with a particular focus on reforming bail and speedy trial, and discovery practices -- important reforms that are also essential to reduce jail populations and close Rikers. In his speech, Cuomo said "Race and wealth should not be factors in our justice system," echoing demands by community groups statewide.

Also this week, NYC Mayor Bill de Blasio announced that the city jail population is below 9,000 for the first time in 35 years, and one of nine jails on Rikers Island (GMDC) will be closed summer -- getting us one step closer to closing Rikers Island once and for all.

Check out the statement released by community and advocacy groups across the state on Gov. Cuomo's proposal, a statement by Katal's Co-Executive Director gabriel sayegh on the closure of GMDC on Rikers Island, and the letter on bail reform endorsed by over 130 statewide and regional community groups that was delivered to the governor last year that included elements of his proposal.

As most of you know, in the summer of 2015, Katal partnered with JustLeadershipUSA and together founded, built, and directed the #CLOSErikers campaign. In the spring of 2017, NYC Mayor Bill de Blasio finally agreed to shutter the notorious jail facility, and in the summer '17 Katal stepped down from our formal leadership role in the #CLOSErikers Campaign and concluded our partnership with JLUSA.  We then pivoted to the next steps necessary to make closure real, including bail and speedy trial reform, pre-arrest diversion, and more.

This week, we published a campaign summary of the first two phases of the #CLOSErikers Campaign, covering the period of Katal's co-founding and co-leadership of the campaign, from August 2015 to August 2017. It includes how the campaign got built, what worked well, and reflections on what could have worked better. Our hope is that this summary serves movements in New York City and beyond in the fight to end mass incarceration and build communities. We welcome your feedback! 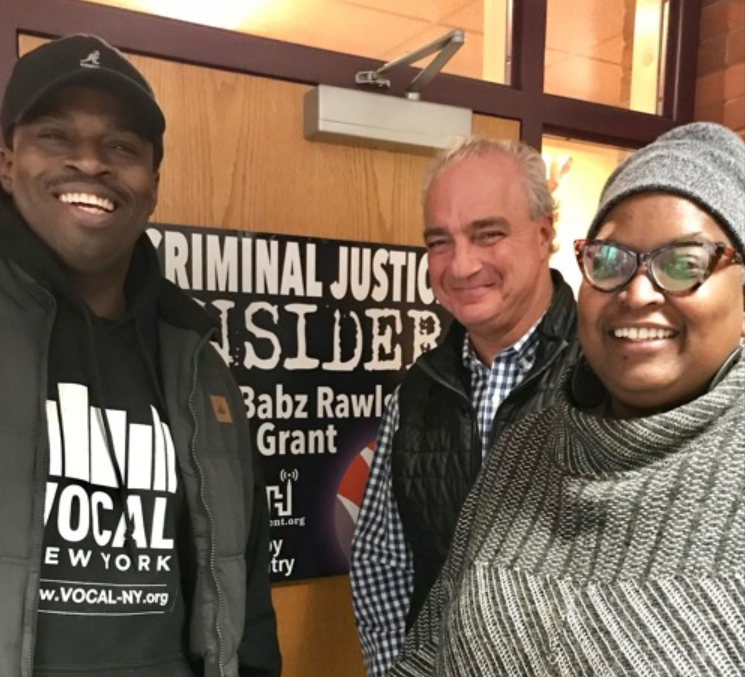 In December, Katal Co-Founder and Co-Executive Director Lorenzo Jones was a guest on Criminal Justice Insider, a radio show on WNHH 103.5 in New Haven. The unique show is co-hosted by Babz Rawls-Ivy and Jeff Grant -- both of whom are formerly incarcerated. Babz and Jeff talked with Lorenzo about Katal's community organizing, harm reduction, leadership development, and more. "An organizers job," Lorenzo said, "is to make sure that directly impacted people have the information and are prepared for the fight."