We joined Discovery for Justice, VOCAL-NY, and other community groups, public defenders, wrongfully convicted people, and elected officials on Tuesday for a rally and press conference to call on local prosecutors to change restrictive discovery practices and support efforts to reform New York's broken criminal discovery statute. New York is one of few states with a "Blindfold Law" that allows prosecutors to withhold evidence until just before trial, an unfair practice that pressures defendants to take plea deals without knowing the strength of the prosecution's defense. Katal is one of several groups in New York pushing for discovery reform on the state level, in an effort to repeal the Blindfold Law. To read more about this issue, check out this recent piece from the New York Times. 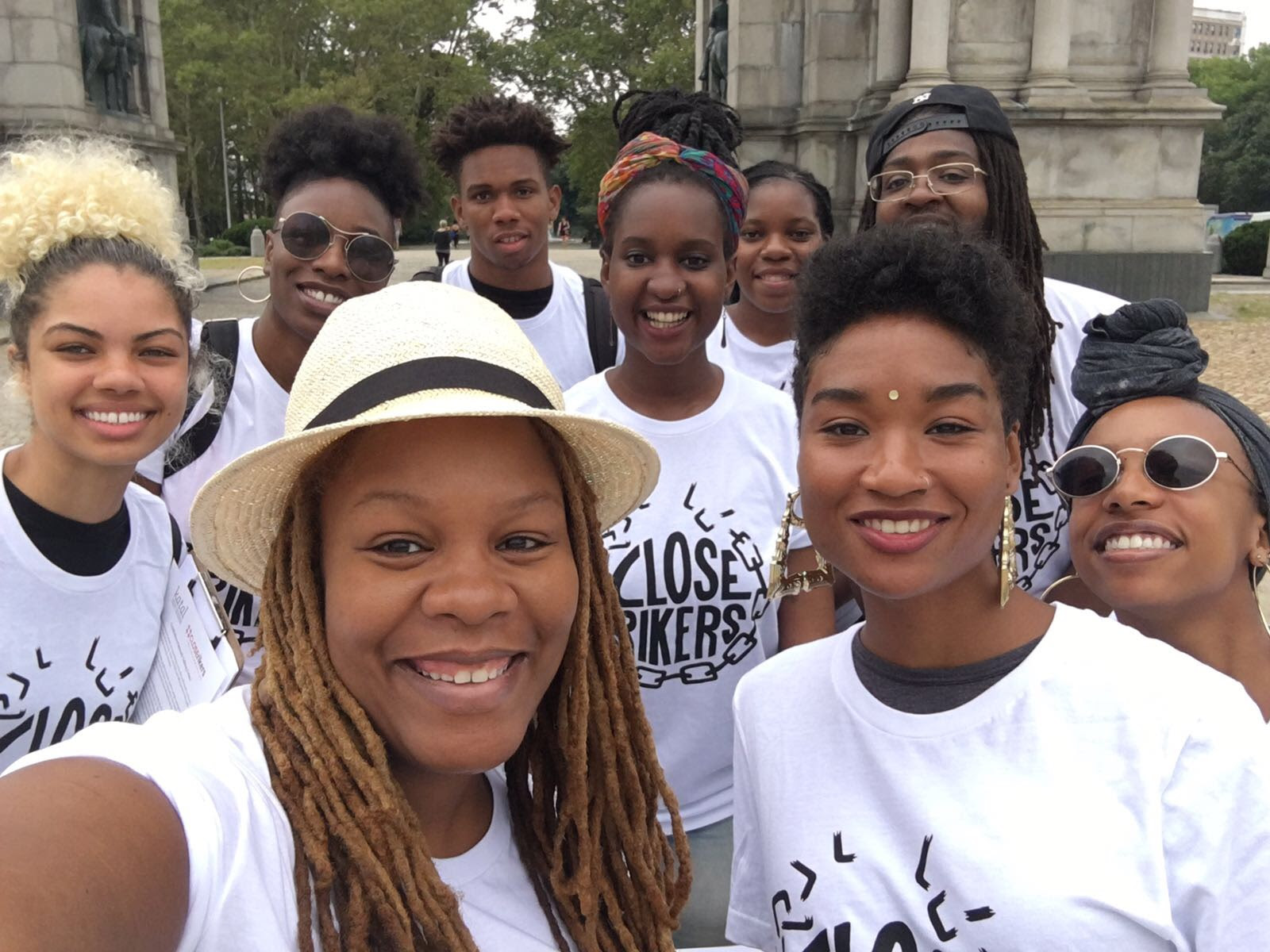 Katal staff, members, and supporters canvassed in Prospect Park in Brooklyn recently for the CLOSErikers campaign, in partnership with Afropunk Army's Volunteer Service Day Program. After a brief organizing training and orientation, participants broke up into teams to talk to people coming in and out of Grand Army Plaza's Green Market about why the fight to shutter Rikers Island is far from over. These organizers had the opportunity to learn more about the campaign and engage community members on the issue - clearing up misinformation around the history and impact of the jail complex. By the end of the day, participants had gathered over 150 signatures of community members who are interested in taking action as part of the CLOSErikers campaign. A big thanks to all of these members and supporters for making the day such a huge success!

This weekend (Saturday 8/26 and Sunday 8/27) Katal will be tabling at Afropunk Brooklyn 2017, held at Commodore Barry Park. If you're headed to Afropunk, stop by to say hello!

Katal's Imani Brown and Valdez Heron conducted a half day training with young organizers between the ages of 14 and 18 from Brotherhood/Sister Sol (Bro/Sis), an organization in Washington Heights. These young leaders had the opportunity to learn about Katal's work, our theory of change and how we apply the principles of harm reduction to our work. The training prompted some inspiring conversation, and we look forward to continuing to work with these bright young leaders!