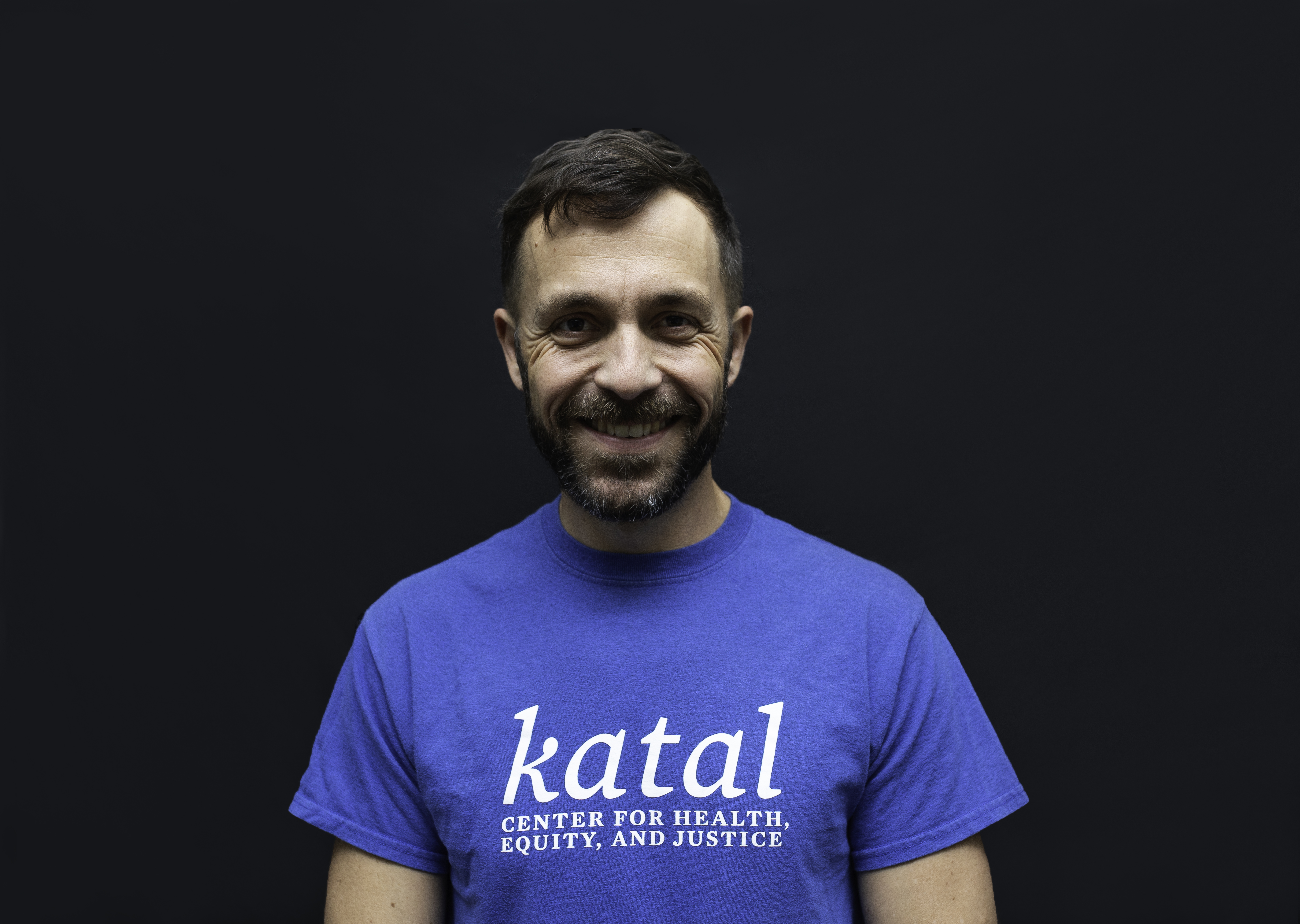 gabriel sayegh is the cofounder and co–executive director of the Katal Center for Equity, Health, and Justice. Katal works at the municipal and state level in Connecticut and New York to build leadership and organizing capacity to end mass incarceration and the drug war.

A community organizer and strategist for more than 20 years, gabriel has contributed to a wide range of collaborative grassroots movement efforts as a trainer, facilitator, and partner. He has developed and led campaigns to roll back the Rockefeller drug laws, prevent overdose deaths, end racially biased marijuana arrests, close the Rikers Island jail complex, pass bail reform, and more.

Before launching Katal, gabriel served as managing director of policy & campaigns at the Drug Policy Alliance, a national organization dedicated to ending the war on drugs. His work experience includes stints as staff in the Washington State Senate, as a research assistant, as a waiter and line cook, and in construction. gabriel was fortunate to have mentors who steered him into community organizing for racial justice, queer rights, ending domestic violence, and establishing fair economies.

gabriel and his work have appeared in a wide range of broadcast, online, and print media, including The New York Times, NY1, NBC, Fox News, National Public Radio, The Washington Post, Newsweek, the New York Daily News, the New York Post, and the BBC. He served as an adviser on The House I Live In, a Sundance Film Festival award-winning documentary about the war on drugs. gabriel has been a guest speaker throughout the United States and Europe. In a 2014 TEDx talk, he described his own struggle with drug use and the connections among addiction, the war on drugs, mass incarceration, and systemic racism.

gabriel serves as a trustee and executive committee member of the New York Foundation and sits on the board of the Chicago-based Worker’s Center for Racial Justice. Thanks to Pell Grants and the guidance of elders, he attended community college and later obtained a bachelor of arts degree from The Evergreen State College. He holds a master’s in public health from the CUNY Graduate School of Public Health & Health Policy. gabriel grew up in California’s Sacramento Valley and lives with his partner and child in Brooklyn, New York.